The HyperX cloud orbit S and the Steelseries arctis pro are both professional gaming headsets that are packed with a great sound quality and wireless features. Besides that, they are compatible with almost any gaming console or gaming Pc. With prices ranging from $300 to $350, these headphones are quite a big ask. So, which one of these headsets is the best?

The HyperX Cloud Orbit S proves to be the best gaming headset when compared to the Steelseries arctis pro. It comes with a premium audio quality, along with a luscious bass response. On top of that, the HyperX cloud orbit s incorporates one of the most convincing surround sound systems ever made.

Now that I have answered your question, let’s deep-dive into the comparison between these most sought-after gaming headsets. 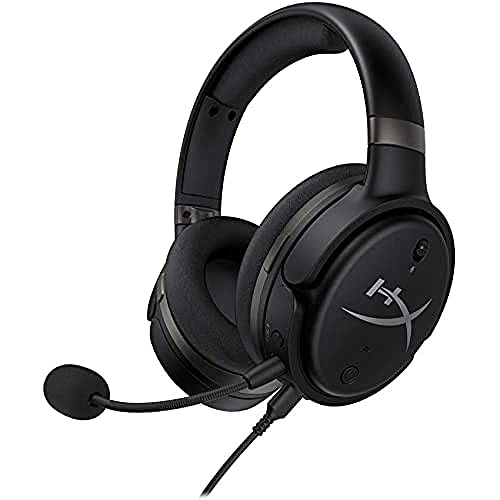 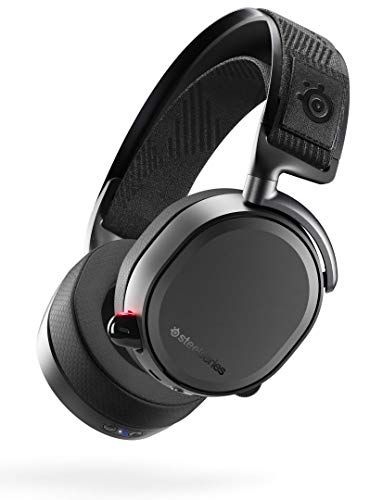 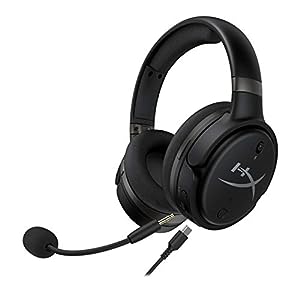 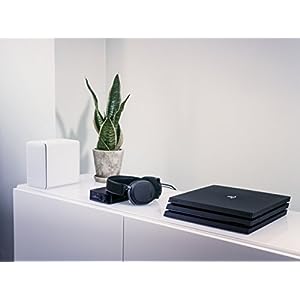 This headset comes with a DTS Headphone-enabled receiver dock, which allows you to connect wirelessly over a 2.4 GHz connection either to your PC or your gaming console with the optical audio output, or USB features. Unlike the HyperX Cloud Orbit S, the Steelseries arctis pro includes a Bluetooth SBC support feature.

If you like listening over a wired connection, you will take advantage of the Arctis pro’s USB-derived analog input port on the bottom of the headset that other Arctis headphones use.

Lastly, the Arctis Pro Wireless includes 50mm drivers, which are tuned to match and possibly exceed other audiophile headphones on the market.

In this section, we want to look at the several differences between these speaker models on the sound quality

Both of these gaming headsets have a great sound quality. However, the sound quality does differ in a few ways.

First of all, the bass response on the HyperX Cloud Orbit is more… moving, if we may say. These headsets come with Planar Magnetic drivers, which produce a punch to their bass response.

You really can’t compare the bass response to any other gaming headsets on the market, including the response on the Steelseries Arctis Pro.

Also, the midrange and the treble are pretty subtle on the Arctis Pro. Their response lacks a bit of clarity and definition.

On the Cloud orbit, the blend of the midrange and the treble produce a neat and well-balanced sound.

Still, both models feature EQ options. The difference on the EQ systems is that you can customize the settings on the Arctis while on the Cloud, you only have the option to change through the presets and pick the one that suits your preference.

While both gaming headsets support our modern 3D audio, the HyperX’s system has more options thanks to their software.

The system allows you turn off the room simulation echo. You can also change the sound field to match the measurements of your head.

On the Steelseries software, however, the options are more limited, and the resulting surround sound isn’t that defined.

On the sound quality, the Cloud Orbit S is the winner for its amazing bass response. It’s quite more accurate, and its surround simulation is truly remarkable.

When selecting a pair of headsets, you always want to make sure that they are a comfortable fit, especially for gaming headsets since you can wear them for a very long period of time.

The Arctis Pro headsets uses the now-standard suspension headband system, which is originally by Steelseries. This head strap is made of a ski goggle fabric, which you can remove, wash and replace. Also, the ear pads are covered in athletic fabric.

Compared to the Orbit, the arctis comes with a very dense padding. As a plus, the padding rebounds very quickly.  The Cloud orbit’s foam have a very slow memory so they don’t rebound at the same speed.

On the weight, the Cloud Orbit S weighs is only weighing a few grams more than the Arctis pro (368 vs. 357). Once you pick them up, you will immediately notice that most of their weight goes to the cups. Planar Magnetic drivers are responsible for much of this weight, due to their magnet structure.

The ear pads on the HyperX Cloud Orbit were originally designed by a brand called Audeze, in co-operation with a push-up bra manufacturer. Of all things…

However, these have a vividly sculpted shape to them that enables them to balance perfectly on the head.

Despite that the Cloud Orbit weighs more than the Arctis pro, they are still a very comfortable pair of headphones.

But the Arctis Pro Wireless offers the best comfort experience. The head strap is designed to better-distribute the weight of the headphones across your whole head. In fact, you will barely notice the impact of their weight.

With that said, the Arctis pro wireless wins on the comfort category, especially for the fact that they weigh slightly less than the Cloud Orbit.

On the design characteristic, the HyperX Cloud Orbit S has a better-build quality, and its design is more traditional as well as professional.

The Steelseries arctis pro has a squeaking, which happens when the metal and the plastic of the ear cups meet.

Also, the arctis comes with a headband and forks (that hold the cups) that are entirely made of metal, which makes these headphones very durable.

The headband on the Orbit looks a little flimsy, but it’s made of a crazy hybrid rubberized plastic material and is both bendable and flexible. In fact, you can bend it in any way and it’ll pop back into place.

The HyperX Cloud Orbit definitely wins on the design and build quality. Could we say the same about the connectivity?

Connectivity and other features

As we said before, the Arctis Pro Wireless is best known for its connectivity features. So, it automatically wins on the Connectivity contest.

It comes with a 2.4 GHz wireless, a Bluetooth connection and a wired option. On top of that, its base station has a battery charger in it and they contain a second battery.

Since the batteries only last for about 9 – 10 hours, you definitely might need both if you are planning to go out and about.

On the other hand, the Cloud Orbit S’s main connection is a USB-C port that has the sole purpose of charging the internal battery. This battery also lasts for about 10 hours. When you have connected the Cloud Orbit to a computer, you have the option to choose 7.1, stereo, and hi-res modes.

Generally, the Arctis Pro Wireless’s feature set is designed more for a multi-purpose listener while and the Cloud Orbit S feature is better for those that want to enjoy high end sound reproduction as well as  the virtual surround sound function.

So, the Arctis Pro wireless wins on the connectivity and extra features, bringing the competing headsets to a tie.

Lastly, let’s go deep into the headsets’ microphones. Since this is the last difference, we will finally find out which one of these will take the cake.

The mic on the Cloud Orbit has a deeper and richer sound to it than the one on the Steelseries Arctis pro. Also, the Cloud Orbits mic incorporates an automatic side tone, which is directly attached to the built-in mic volume control.

Alternatively, The Steelseries arctis also comes with a side tone, but it comes as a separate feature. It is located inside the base station, repressed under other options.

All the same, both microphones are perfect for a wide range of recording tasks, though the Orbit offers a richer sound comparable to an ordinary desktop mic, while the Arctis Pro has a more compressed sound.

So, the Cloud Orbit S is the winner in the microphone category.

In conclusion, the HyperX Cloud Orbit beats the Steelseries arctis pro on the quality, the design and the microphone.

If you are looking for premium audio quality with luscious bass response, then I would suggest going for the Cloud Orbit. However, this doesn’t mean that the Steelseries Arctis pro isn’t a great option too. It has a great sound, a lot of connection options, not forgetting it is very comfortable.