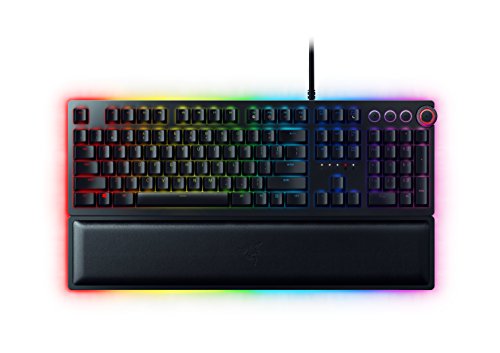 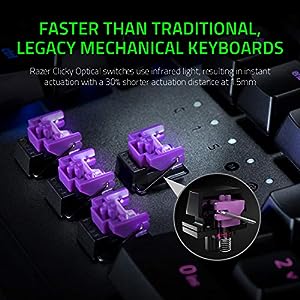 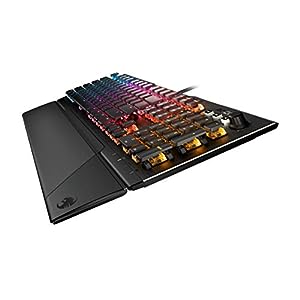 Let’s face it, nowadays, with so many gaming devices that are being made from time to time. There’s no easy way for consumers to choose from accessories like gaming speakers, mice, Mechanical gaming keyboards and of course, gaming computers.

So, when it comes to picking the best gaming keyboards, the Roccat Vulcan 120 Aimo and the Razer Huntsman elite are names that come up more times than often. Besides gaming, these two keyboards are also great for typing and any other purpose.

As such, it may seem a little challenging to choose between the two, but it’s actually easier than you think.

And that’s why we are all here. This article will give you a side-by-side comparison between these two gaming keyboards, to assist you in purchasing the one that will best suits you.

We will be comparing them based on factors such as speed, flexibility, ergonomics and switch type. So, let’s start.

The Roccat Vulcan 120 Aimo is a mechanical keyboard product that was manufactured by ROCCAT. It is best known for its RGB backlighting, which gives it an amazing appearance. Besides being great for gaming, I’m sure all the typists will love typing on this keyboard.

On the other side, we have the Razer Huntsman Elite. This is a mechanical keyboard product that was made by, as you may have guessed, Razer. Offering the best flexibility you can find, the Razer Huntsman has a lot more in store for you.

Which One Is Better And Faster? (Key Speed)

After taking a look at a lot of mechanical keyboards as well as hundreds of reviews, we found that the Roccat Vulcan 120 Aimo really gives out the best performance, especially in terms of key speed and responsiveness.

In this keyboard, the electrical bounce time of the keys is reduced by 20%. This reduction gives you a keyboard that has the best responsiveness. As a result, you will certainly feel a faster response when playing your favorite game.

Also, the Roccat’s Titan Tactile switches are very smooth. This is like the incorporation of models like the Cherry MX Red and an MX Blue. Besides the key speed, each key press is very silent.

In terms of speed, the Razer Huntsman Elite gives out a good response. While it may not have a response that is as fast as the Roccat Vulcan 120 Aimo, it definitely performs better than average and that should be just fine.

Also, when compared to the Roccat Vulcan, the Razer Huntsman Elite features a slightly lower-than-standard 3.5mm total travel and actuates at just 1.5mm.

On top of that, the Razer Huntsman completely eliminates hysteresis. This gives you a more natural and consistent feel every time you use it.

Alternatively, this means that it’s extremely easy to spam and get immediate responsiveness when being repeatedly clicked, which is especially nice for when you are gaming.

Which one is more flexible?

When we speak of the flexibility here, we are talking about the features that make this an easy keyboard to use. Alternatively, we may use this term when referring to the additional features that come with the keyboard.

The Roccat Vulcan 120 Aimo either measures at 18 X 9 inches- that’s with the wrist rest option. Without the wrist rest, the dimensions fall at approximately 18 x 6 inches.

As compared to most keyboards, this is just as large as a gaming keyboard can get. I have to admit, there’s a little wasted space on either side of the peripheral, but that should cause any problems.

When you speak of the size and portability, the Razer Huntsman Elite performs very well relative to other mechanical keyboard brands.

Unlike most gaming keyboards, this one comes with a plush foam fabric, which makes this a very comfortable.

It also comes with a magnetic connection. The purpose of this is to ensure that the wrist rest and the keyboard sit nicely together.

Ergonomics is one of the key features that will really affect your choice of keyboard. Generally, when speak of ergonomics, we are talking about the amount of comfort that you will get from using a certain product.

In this case, we are referring to the experience that you will get from the keyboard. In other words, we are asking “How comfortable will I feel when using this keyboard?”

On ergonomics, the Roccat Vulcan really stands its ground. While it mostly doesn’t feature a wrist rest, it comes with very soft keys, which goes a long way to give you a good typing experience.

Also, since it comes with an easily-customizable keyboard, it really makes your navigation seamless.

The Huntsman Elite especially like how you can outline an area on the keyboard and apply a different lighting effects to that region.

It’s become my primary deck at the office and I doubt it’ll be replaced anytime soon, matching comfort, ease of use, and superb performance to provide a premium experience whether you’re typing or burning through matches in Apex Legends

Which one comes with the best switch type?

The brand, Roccat, is said to have built-up its own key switch for the Vulcan model, and this is the Titan Switch Tactile.

The switch is tangible and very relaxed. What’s more? I think the most significant part about this key switch is that, besides its performance, it has an amazing appearance.

Overall, these switches are great to type on. Every key press bolsters itself down firmly, with only the delicate of clicks.

If you compare the Roccat Vulcan 120 Aimo and the Razer Huntsman Elite based on their key switches, the Razer’s Optomechanical switch not only looks stunning, but it functions great as well.

What about the typing experience? Since the Razer Huntsman’s design incorporates a mixture of short mechanical actuation as well as optical switches, both of which are geared to give you the best typing experience. It never gets better than that.

All the while the Optomechanical switch delivers a satisfyingly tactile and audible click often omitted on the fastest keyboards.

Largely, the razer huntsman elite is said to have some similarities to the great Cherry MX blues, especially when we talk of feedback and click volume.

However, in terms of the actuation force, the razer huntsman comes off a bit lighter at 45g (which is less than the 60 g of the Cherry MX Blues. Despite this, they everything else seems to match. Also, they are both very easy to use.

According to reviews, the keyboards are very easy to press, which means you will never be left tired after typing your college assignment. On the other hand, if you are a gamer, you will find it very easy to press on the keys when you are moving around in your game world.

Now that we have looked at the comparison on the significant characteristics of both of these keyboards, let us look at some of their Pros and Cons. As usual, we will start with the Roccat keyboard.

If you are looking for a keyboard that comes with better key speed as well as comfort, I would recommend the Roccat Vulcan 120 Aimo. Also, if you like to lean on the flexibility characteristics, get yourself the Razer Huntsman Elite.